Design a site like this with WordPress.com
Get started
Skip to content
Doctor Weasel mental models June 23, 2019July 2, 2019 1 Minute

Remember when Net Neutrality ended in 2018 (after starting way, way back in 2014) and we were all going to die, or something?  As I explained in this post, people who make bad predictions often have bad mental models that will lead to more bad predictions.  Stop listening to them.

Bernie Sanders said the entire internet would be for sale to the highest bidder.  Those of us who understand what the internet is, know the statement is ridiculous. 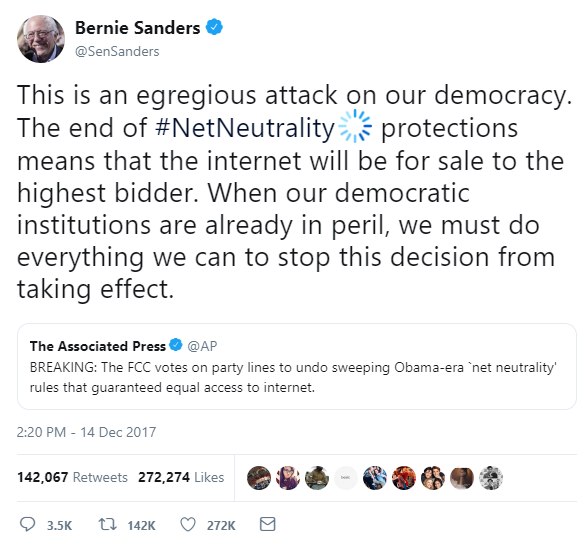 Bernie is full of predictions, none of them realistic.  The end of the internet as we know it.  Actually, I’m still reading the same blogs I read before and during the Net Neutrality Nirvana. 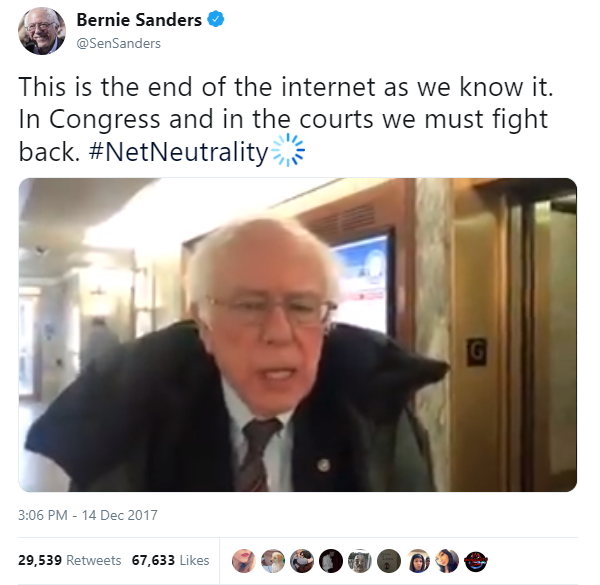 The people at GLAAD decided that the end of Net Neutrality would harm them all as a class, or something.  I’m sure it came out exactly like that.  When’s the last time you saw someone openly gay or lesbian on the internet? 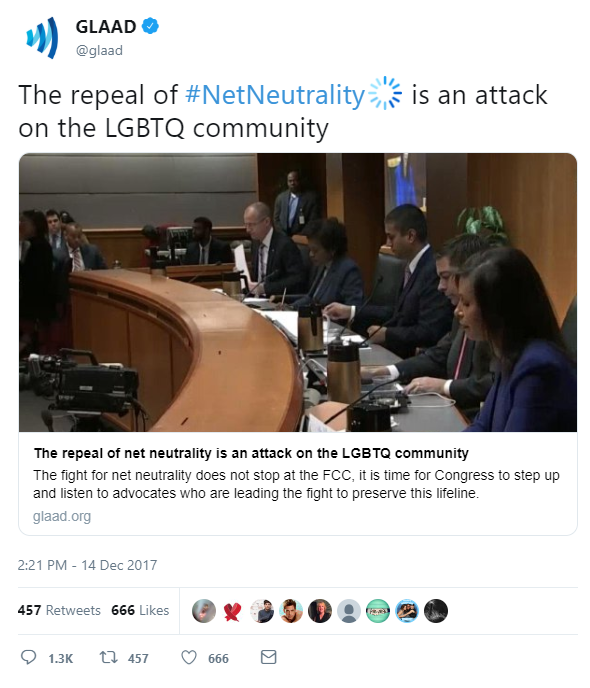 Direct messaging is no longer free!  Or something.  Oh, wait, it’s still free? 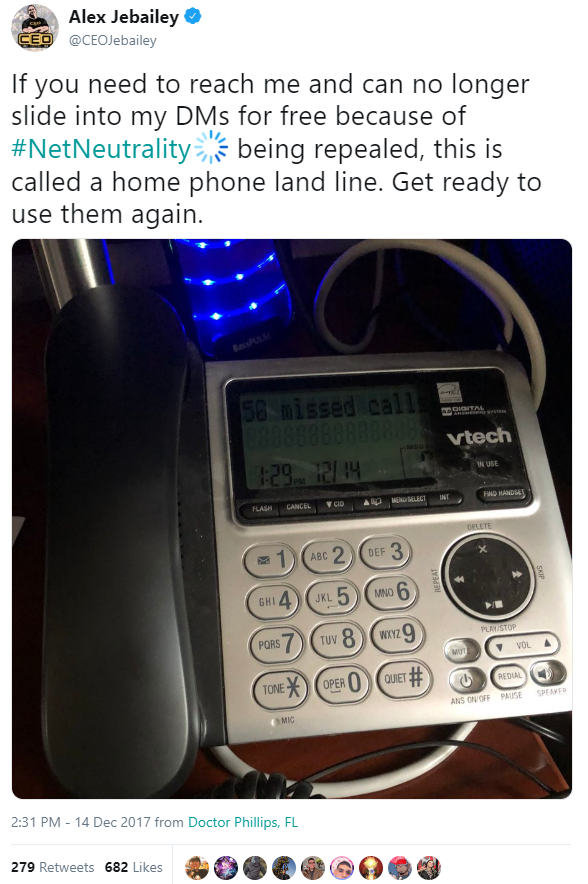 The ever-thoughtful Alyssa Milano says a handful of multi-billion corporations will control the internet.  So… she’s against Facebook and Google?  By the way, Doctor Weasel continues to operate an underground blog (literally, the server is in my burrow) in these dark days when the evil megacorps oppress the entire interenet. 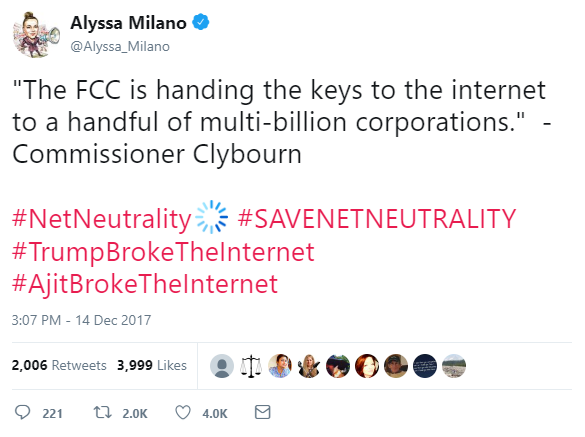 The end of Net Neutrality ended access to abortion information?  I’m sure I could get all the abortion info I wanted right now, if I wanted any (I don’t).  It’s all right there on that internet thingy. 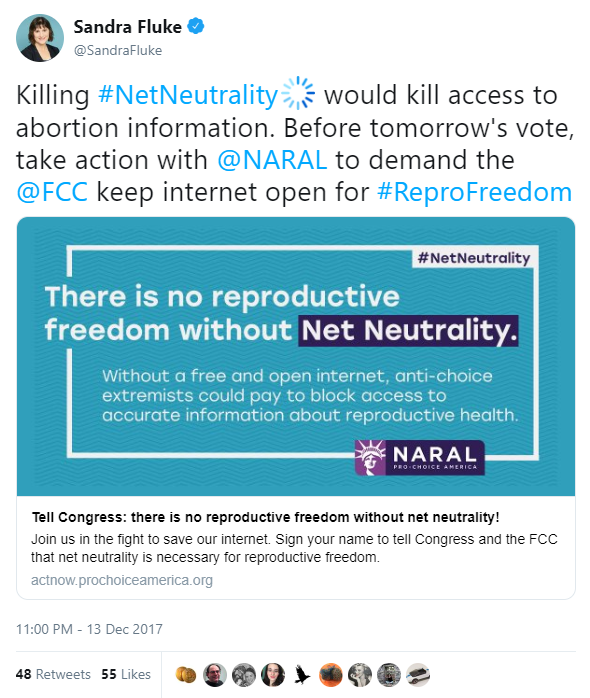 Our democracy was throttled!  Throttled, I tell you!  Not sure what that means, but I think it didn’t happen. 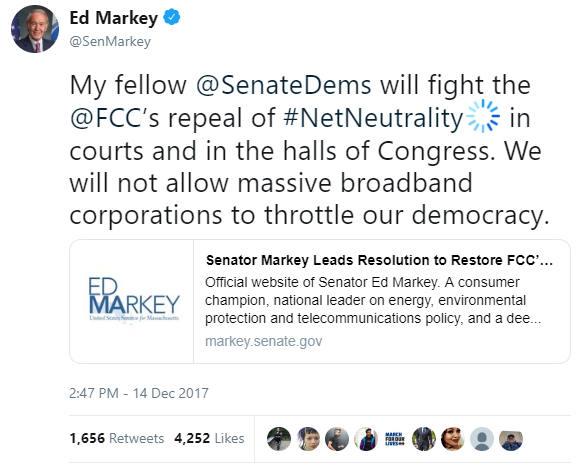 News media have a professional obligation to try to get the story straight.  On the other hand, there’s CNN.

Silence black voices?  I think I can still find black people on the internet.  Web site TheRoot (which is still on the internet, by the way) said this

Thanks to Holden for putting all these predictions (and more!) in one place so that I can snark on them.

Today is the one year anniversary of the death of the Internet.

Mark the occasion with a joke about how it costs 7 cents to send a tweet.https://t.co/HU6i6BcI5H