Design a site like this with WordPress.com
Get started
Skip to content
Doctor Weasel Political Violence March 31, 2019March 31, 2019 2 Minutes

I have been too busy to post much for a while, but I have been collecting links to stories about violence.  Here’s the next post on left-on-right political violence, threats, harassment, doxxing, and vandalism.  The whole series of posts here covers political violence from both sides. Several links are from the infamous Covington Boys incident in Washington DC.

Recap of an older story: There were death threats from the left against the FCC Chairman because of a policy issue.
https://www.investors.com/politics/editorials/net-neutrality-ajit-pai-internet/

Leftst vandalism against a leftist. San Fran will not tolerate Jews
https://pjmedia.com/instapundit/317075/
https://www.dailywire.com/news/39751/leftists-target-their-own-leftist-jewish-cafe-hank-berrien
https://missionlocal.org/2019/01/how-many-hoops-must-manny-yekutiel-jump-through-before-hes-deemed-worthy-to-do-business-in-the-mission/
Someone painted a Star of David on Manny’s exterior along with the words “Fuck Zionism.” A window was broken.

The post comes one day after someone sent a hate letter to Tucker Carlson’s home wishing death upon his daughters, according to a source in the DC Metro PD. It was sent by US mail and suggested that his children should be poisoned. The letter is currently under investigation. https://t.co/y8kwOCiIvH

Antifa group doxxes campus conservatives, including by sneaking into private meetings
https://pjmedia.com/trending/more-than-30-ut-students-doxxed-for-crime-of-being-conservative/
And just in case you have a case of the stupids: doxxing is not the same thing as listing someone’s name in the phone book. Doxxing links a person’s political beliefs to personal information (in this case, pictures). Political beliefs were never in the phone book. Antifa specifically targets conservatives for violence.

More about one of the calls for murder: Hollywood producer wants kids in wood chippers
https://www.thegatewaypundit.com/2019/01/hollywood-producer-calls-for-covington-catholic-kids-to-go-screaming-into-the-woodchipper/
Twitter is allowing verified, blue checkmark accounts to call for the targeted harassment and violent assault of these minor high school children.

More about one of the calls for violent assault: ‘comedian’ wants them punched
https://www.thegatewaypundit.com/2019/01/failed-actor-and-comedian-offers-bounty-for-punching-teen-trump-supporter-in-the-genitals/

Lock them up! Stormy ‘Horseface’ Daniels wants boys locked in their school
https://rightwingfolks.com/stormy-daniels-wants-disgusting-catholic-school-maga-teens-locked-up-behind-electric-wall/

Best wishes for Everyone at Covington Catholic High School 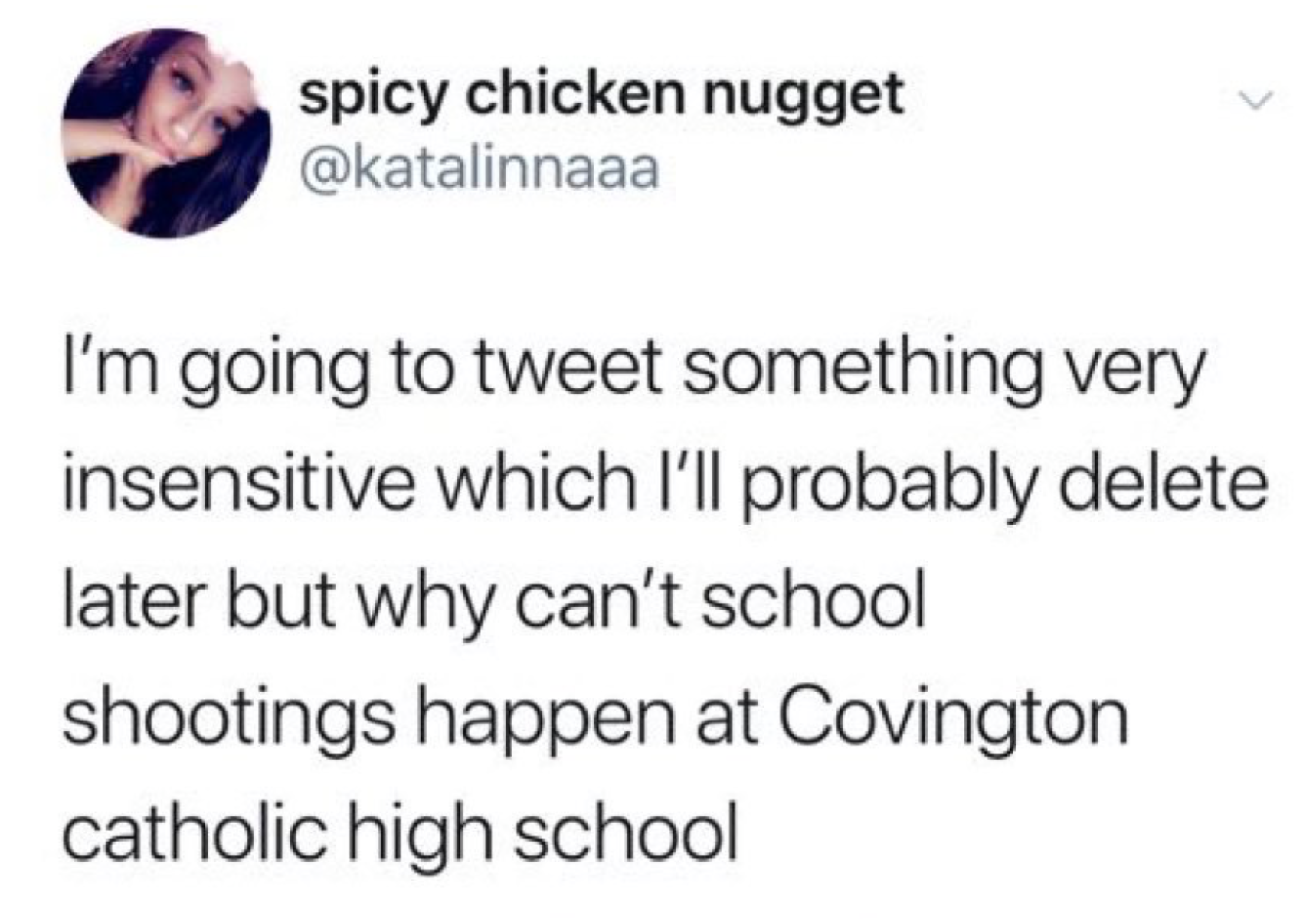 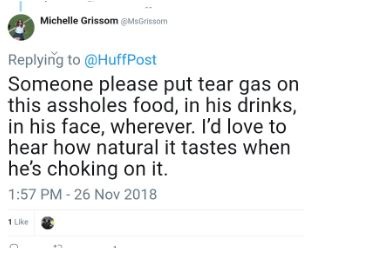 A summary of the fake narrative and the truth, with bonus threat from a journalist to punch a high school kid
http://coldfury.com/2019/01/20/racist-white-males-jump-innocent-native-american-curse-him-beat-him-senseless-with-sticks-for-no-apparent-reason/

Doxxing by a dummy. Now she’s upset not that she doxxed, but that she doxxed the wrong kid.
https://m.washingtontimes.com/news/2019/jan/25/lillian-wallace-asu-lecturer-apologizes-after-misi/

More incorrect doxxing leads to threats against family of kid who wasn’t there
https://www.thegatewaypundit.com/2019/01/lunatic-leftists-doxed-a-random-kid-thinking-he-was-in-the-covington-video-family-now-receiving-violent-threats/

Covington boys respond to death threats they and their families received

Yet another threat against Covington boys

Don't forget to sue this scumbag. His stage name is Wheeler Walker Jr. Poses as a country star. His real name is Ben Hoffman. pic.twitter.com/4QzLO9pXhD

This is the mindset that leads to mass murder
https://www.thecollegefix.com/this-professor-argued-human-extinction-might-be-a-good-thing-now-he-doesnt-want-to-talk-about-it/

Leftist activist in “smash the patriarchy” shirt arrested with gun inside middle school; drew on cops, killed during arrest

Goon posted about killing police before getting shot
https://hotair.com/archives/2019/02/01/left-wing-activist-shot-police-posted-time-start-killing-pigs-online/

Doxxing and death threats because students posted pictures of themselves with guns
https://pjmedia.com/trending/student-deluged-with-doxxing-and-death-threats-after-pro-gun-graduation-photos/